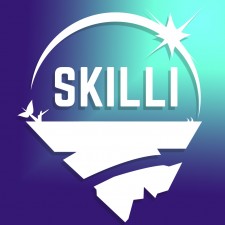 MISSISSAUGA, Ontario, October 10, 2019 (Newswire.com) - Skilli World, created by Ontario-based Under The Tree Ltd., is emerging as a new player in the online trivia game market with the stated ambition of redefining "Real Money Trivia." After a successful September launch and awarding players more than $75,000 USD in prizing, Skilli World today announced what it thinks is a first in the industry. On Sunday, Oct. 13, at 9:30 p.m. ET, Skilli World will be hosting the first-ever trivia tournament where the questions are based on another trivia app, namely, HQ trivia.

As a market leader, the revolutionary trivia app HQ paved the way for the hundreds of apps that would follow its lead. Inspired by HQ, Skilli World has taken their free-to-play model and flipped it on its head; the result being an entirely new evolution in not just the app space, but for trivia as a whole.

Skilli World claims that the opportunity to win money of any significance is far greater on their app than any free-to-enter trivia game because of the player-to-prize ratio. “Where HQ may have, for example, a $3,000 USD prize and 100,000+ players, Skilli World offers $1,000 USD prize pools and a maximum of 300 players.”

Co-founder Matthew De Angelis has noticed the app has become a “side hustle” for players, as the prize payouts are the biggest around and can actually make a difference in one’s life. One user said it best, stating in an online review: “Play HQ for months and won $0.10 even with their extra lives I paid for. Skilli World I paid the entrance fee but walk away with $80. Well worth it!...”

Matthew De Angelis went on to say, “Our players understand the value added by paying an entry fee into a trivia tournament. Although it may be daunting at first, it is because of this that the prizing Skilli World offers is much more appealing than any free-to-enter trivia product. In a short time, many individuals have already taken home over $1,000 USD in prize money. Our community has proved market validation – now, it is time to spread awareness and that is where HQ comes in.”

Try out Skilli World for free by downloading it from the Apple App Store here: https://apps.apple.com/us/app/skilli-world/id1450025368?ls=1

To download the Android version of Skilli World, visit www.skilliworld.com.

Under The Tree Ltd. is a technology company that created Skilli World to bring Real Money Trivia to the real world. More information is available on www.skilliworld.com or reach them at info@skilliworld.com. Check out their socials on Instagram @SkilliWorld and Twitter @SkilliWorld. 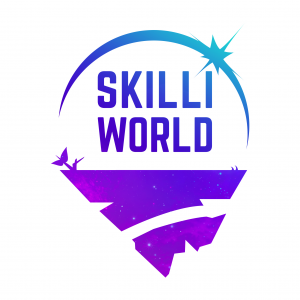 Skilli World is Hosting a $15K Giveaway in February to Celebrate the Trivia App's Winter Growth
Skilli World is a 'Real Money Trivia' app that asks only 5 true or false questions in its $1,000 Daily Mastermind Tournament
Skilli World - Jan 29, 2020